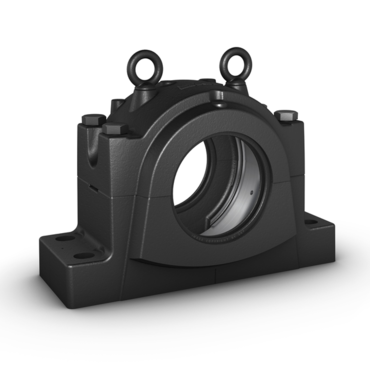 SNL plummer (pillow) block housings in the 30, 31 and 32 series are robust and suitable for tough operating conditions. Different housing variants and seal designs are available, making the use of tailored housings virtually unnecessary and enabling cost-effective bearing arrangements to be made.

Large SNL plummer block housings as standard are made of grey cast iron EN-GJL-250. Where extra strength is needed, housing made of spheroidal graphite cast iron EN-GJS-400 can be supplied. These housings are identified by the designation prefix D, i.e. SNLD.